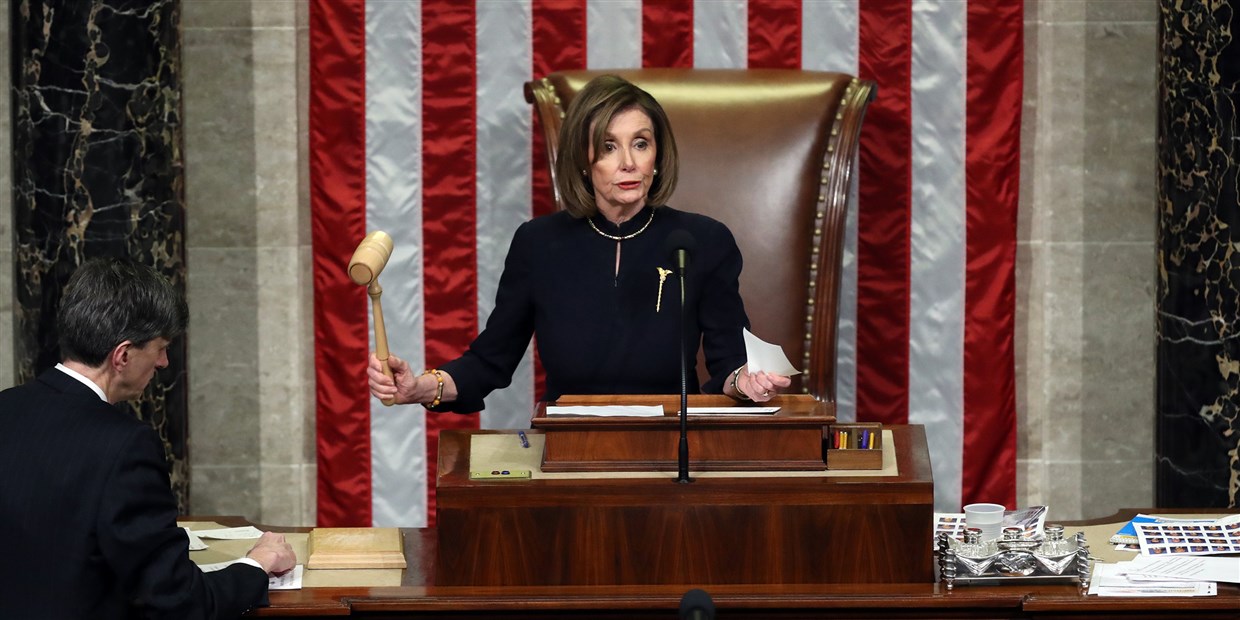 Political pundits and critics of every stripe are insisting that the Trump presidency, and now his impeachment, are breaching normalcy. Depending on the political party, this is either a much-celebrated revolution or an unmitigated disaster. But how different is this impeachment from Clinton’s twenty years ago? Are we are living in a starkly more divided nation, one where inflammatory rhetoric shapes media coverage and the public debate?

In many ways, Trump’s impeachment has resounding similarities to that of Clinton. The late 1990s were a highly divisive political era, exemplified by the vehement language of politicians like Newt Gingrich. Today, the scene is eerily similar. In a recent New York Times article, journalists depict Trump’s impeachment as a partisan “brawl.” And just a few days ago, in his newsletter, New York Times columnist Frank Bruni explicitly compared Clinton and Trump’s impeachments: “then as now, partisan divide was profound.”

Yet, there are also crucial differences. According to Bruni, there is a driving factor behind the breach in normalcy: in the Clinton years, “the two parties weren’t pressing two entirely separate and contradictory sets of facts. They weren’t promoting two utterly different realities.” How much are accusations of “fake news,” then, contributing to a tectonic shift in news coverage? And is Trump’s impeachment more often described as a “brawl” than Clinton’s?

To answer these questions, we compare newspaper coverage of Clinton’s impeachment to that of Trump’s. We collected all articles from each era between the initiation and conclusion of House impeachment proceedings that were published in three newspapers with a national audience: The New York Times, The Washington Post, and USA Today. In analyzing these 6,758 articles through computer-assisted methods, we’re able to identify the prevalence of key terms during the windows of presidential impeachment.

As Bruni surmised, newspapers’ reflection of the partisan divide has been quite comparable. Words related to “partisan” (such as “polarization”, “partisan”, and “party line”) appear in 29% of articles from the Clinton era compared to 24% from that of Trump.

What has changed is the tremendous rise of “fakery” claims. The prevalence of words such as “conspiracy,” “hoax,” “fiction,” and “illegitimate” has more than doubled during Trump’s impeachment: these words appear in 35% of articles about Trump’s impeachment, compared to 14% during Clinton’s. This extraordinary rise in both sides depicting the other as illegitimate aligns with Bruni’s claim that the political parties are “promoting two utterly different realities.”

A closer look at how these words are used shows that “fake” most often appears in articles quoting Trump. In a New York Times article published on November 22, Trump listed what he thought to be the “forces against him,” which in his view were: “the Democrats and their machine, the media machine, the fake, corrupt media.” Delegitimizing the opposing side is thus coming in large part from the Oval Office itself. 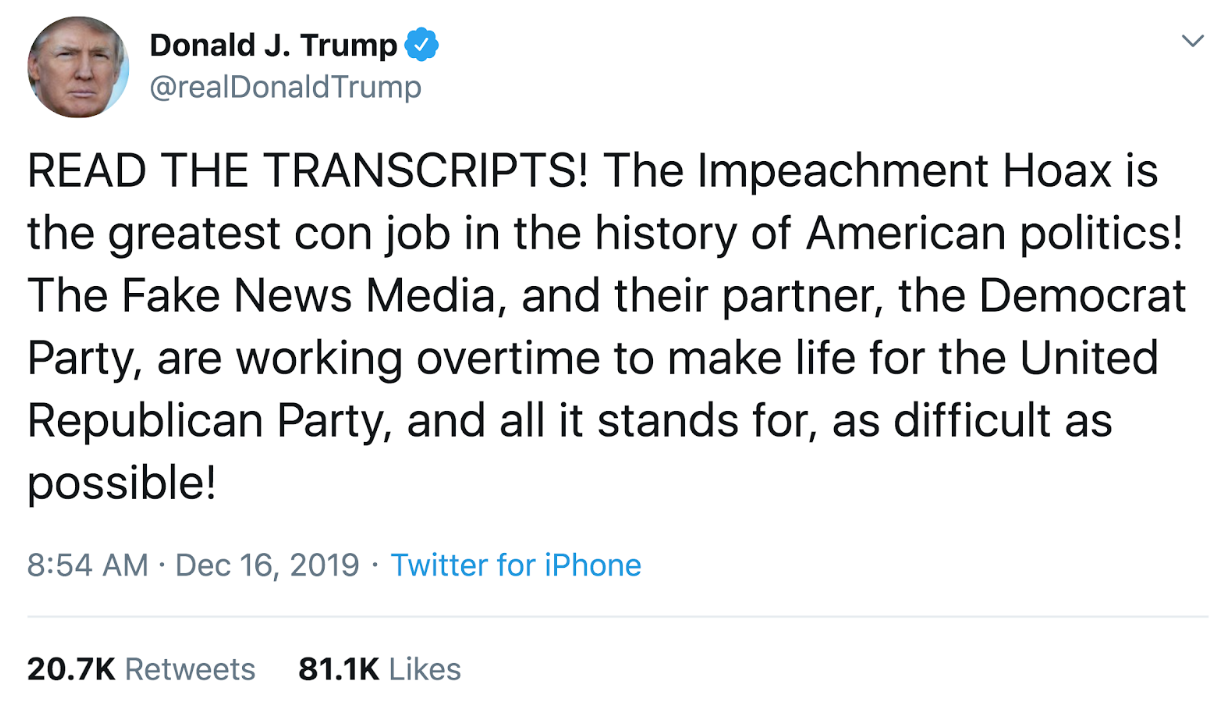 Yet the spike of “fake” accusations in news coverage isn’t the only difference between the Clinton and Trump impeachments. The current impeachment is much more likely to be framed as a brawl where there will be winners and losers. We tested for the prevalence of words such as “battle,” “defeat,” “attack,” “threat,” “combat,” and “assault,” in news coverage across the two eras. These words appear more frequently in articles about Trump’s impeachment than those about Clinton’s: 66% of Trump articles contain these emotive words, while the same is true of only 49% of articles about Clinton.

Overall, today’s newspaper coverage indicates continuity in levels of political partisanship compared to the Clinton era. But with Trump’s presidency, there has also been a rupture in the political status quo. The language visible in the media suggests that the current impeachment is often framed like a civil war. Accusations of “fake news” may be one key to understanding this political divide, but extreme rhetoric has made Trump’s impeachment look more like a battleground than like a legitimate constitutional process.