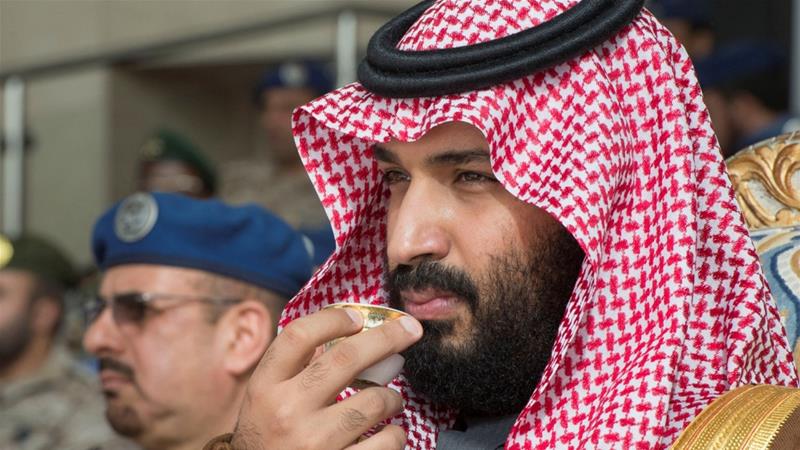 In the weeks since the October 2, 2018 murder of journalist Jamal Khashoggi at the Saudi Arabian consulate in Istanbul, news outlets have worked tirelessly to piece together the facts of his death and disprove the lies of the Saudi state. On November 16, 2018 the Washington Post reported the CIA’s conclusion that Crown Prince Mohammed bin Salman, heir to the Saudi throne, had ordered the killing.

Prior to Khashoggi’s murder, many believed the crown prince would bring Saudi Arabia into the 21st century and that he was different than the dictators of the country’s past. In an October 14, 2018 New York Times article, titled “Reality Breaks Up a Saudi Prince Charming’s Media Narrative,” media columnist Jim Rutenberg wrote:

“Just six months ago, American media outlets presented a sunny-side-up portrait of Crown Prince Mohammed bin Salman of Saudi Arabia as he made a good-will tour of New York, Hollywood and Silicon Valley. Eager journalists captured him at Starbucks with Michael R. Bloomberg, strolling the Google grounds with Sergey Brin and dining with Rupert Murdoch. Built into the narrative was a mostly cheerful acceptance of the story Crown Prince Mohammed was selling about himself — that here, at last, was the modern Middle Eastern leader the West had been waiting for.”

His column argues that the media narrative came to an end with Khashoggi’s death. Rutenberg makes a qualitative case that appears true, but, is it supported by a quantitative analysis? Did Crown Prince Mohammed receive more positive coverage than is typical for Saudi Arabia? If so, did this stop after Khashoggi’s murder?

To answer these questions, it is crucial to have a sense of how Saudi Arabia is typically covered in the American print media. The Media Portrayals of Minorities Project uses a method involving dictionaries of positive, neutral, and negative words (such as “beautiful,” “fourth,” or “attack”) to gauge the tone of individual articles. Negative articles contain more negative than positive words, and vice versa. Each set of articles about a particular topic is calibrated against a representative sample of over 48,000 randomly selected newspaper articles, which itself has an average tone we set at zero to provide a baseline for comparison.

An analysis of 3,594 articles mentioning Saudi Arabia published in The New York Times and Washington Post from June 21, 2017 (the day Mohammed bin Salman was named crown prince) to November 4, 2018 (a little more than one month after Khashoggi’s murder) shows that articles about the country are generally negative. The average article mentioning Saudi Arabia has a tone of -.38, which makes it more negative than 67 percent of articles found in our representative sample of the US print media.

What about articles mentioning Mohammed bin Salman — is there a difference in coverage before and after the Khashoggi murder, as Rutenberg suggests? Across the entire time period of the study, 1,067 articles mentioned the crown prince. Of those, 641 were written before Khashoggi’s murder on October 2. These are significantly more positive than articles that do not mention him during that time frame. In fact, articles about him are less than half as negative as those that don’t mention him at all (the average tone of articles containing his name is -.18, compared to an average of -.42 in all other articles about Saudi Arabia). Put in more intuitive terms, prior to the murder, the average article mentioning Mohammed bin Salman was more negative than just under 60 percent of articles in our representative sample of US newspaper articles. The positive impact of articles with his name is statistically significant and provides quantitative support for the first claim in Rutenberg’s column.

But, what about after Khashoggi’s murder? From October 2 to November 4, 2018, 695 articles were published in The New York Times and Washington Post about Saudi Arabia — 426 of those mentioned the crown prince. Our study reveals that not only did Mohammed bin Salman’s name no longer have a positive impact on articles about Saudi Arabia, but the inclusion of his name actually made articles slightly more negative (they had an average tone of -.44, compared to -.42 among articles not mentioning him). After Khashoggi’s murder, the average article about the crown prince was more negative than nearly 69 percent of our representative set of US newspaper articles.

Methodological note: We examined 3,594 articles that mentioned Saudi Arabia in The New York Times and Washington Post. Our analysis looked at articles published in the period from June 21, 2017 to November 4, 2018. We use lexical sentiment analysis and regression analysis. For more information on our methods, please click here.