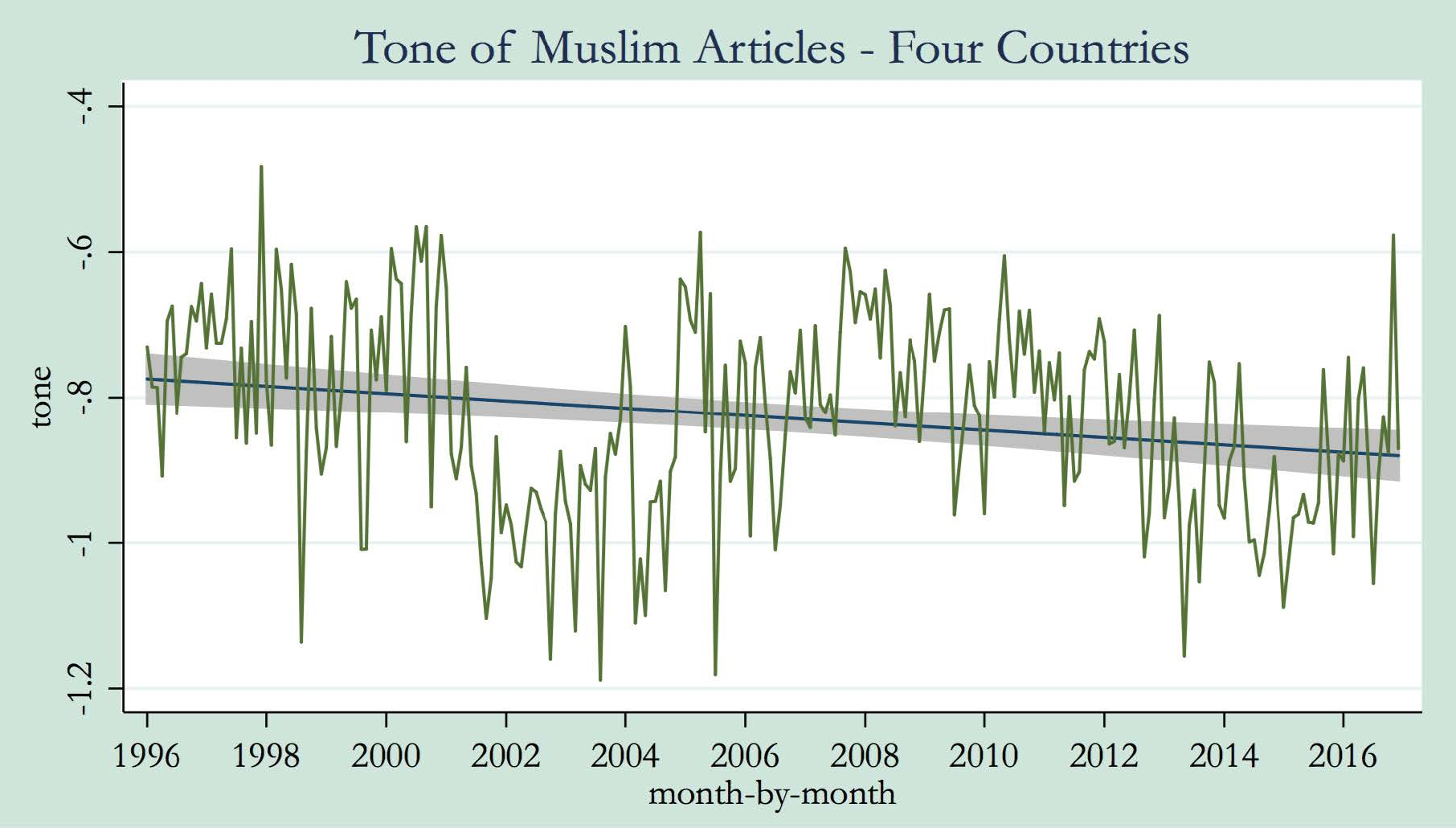 Media coverage of Muslims is known to be negative. But how negative is it, really? And how has it evolved over time?

We examine coverage of Muslims and Islam in over 800,000 articles drawn from a cross-section of dozens of newspapers in the United States, Great Britain, Canada, and Australia. Our method allows us to compare the tone of each article to a pool of randomly selected newspaper articles for which the average score is set at 0.

Relative to this baseline, coverage of Muslims has been consistently negative. To give a sense of the scale of negativity, the average article mentioning Muslims from across these four countries would be more negative than approximately 82% of all articles in our random sample of US newspaper stories.

The above graph shows that there was not a single month between January 1996 and December 2016 when the average tone of Muslim articles was positive. In the most negative months—centered around the London transportation bombings and the ongoing Iraq war—the tone of the average article containing the words Muslims or Islam was more negative than approximately 89% of articles from the American print media.

Finally, while the monthly averages bounce up and down, the overall trend line shows that articles relating to Muslims have become marginally more negative over time. The overall negativity may not be surprising, given the media’s tendency to cover war, conflict, and terrorism associated with radical Islamist extremism. Still, it is notable that readers of the print media in the United States, Britain, Canada, and Australia have consumed a steady diet of negativity over the past two decades when reading stories related to Muslims.

Methodological note: We analyzed 802,924 articles drawn from a cross-section of 57 daily and Sunday newspapers in the United States, Great Britain, Canada, and Australia. Our analysis includes every article published in those papers between January 1, 1996 and December 31, 2016 with the root words “Muslim” or “Islam” in the headline or text of the article. For additional information about our methods, see here.