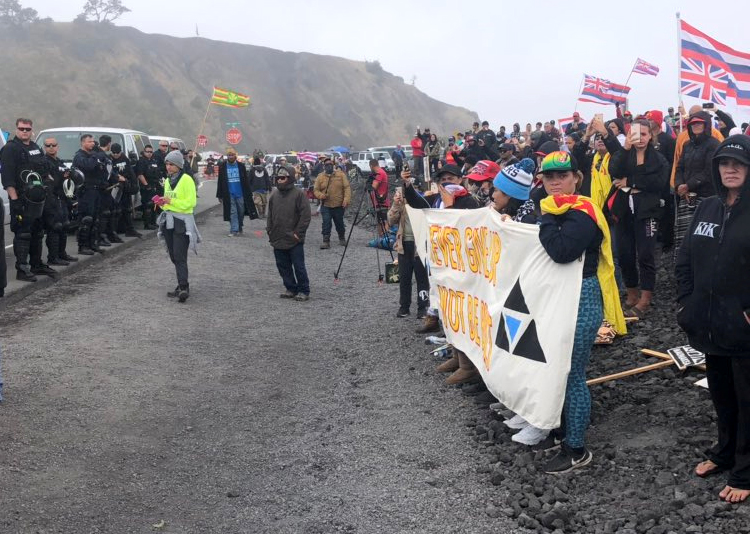 Since the start of the COVID-19 pandemic, hate-based acts against Asian American Pacific Islander (AAPI) communities have risen sharply, prompting substantial media coverage about the group. However, the term AAPI itself has been critiqued by scholars, given that Asian Americans and Pacific Islanders often see themselves as having distinct identities and as groups that experience unique struggles relating to decolonization and assimilation into the American mainstream. In particular, Americans’ understanding of Native Hawaiian identities and interests has been particularly limited and superficial.

Native Hawaiians have been the focus of scant coverage in the media, with portrayals often conjuring up images of “hula dancers greeting [visitors] with leis,” even when an article seeks to move beyond these stereotypes. Any complete picture would document how Native Hawaiians struggle with health and poverty as a marginalized people, and their efforts to attain increased recognition and even sovereignty since Hawaii’s annexation by the US.

To understand whether the media reinforce or challenge Americans’ traditional understanding of Native Hawaiians, I analyze all 901 articles with the root words “Native Hawaiian” in The New York Times, The Washington Post, The Wall Street Journal, and USA Today from January 1989 through December 2020. This provides a comprehensive overview of portrayals in national-level newspapers over a 32-year period.

A certain portion of the articles mentioning Native Hawaiians do focus on substantive issues such as sovereignty, recognition, and right to maintain sacred spaces. These include, for example, stories about the 2000 Rice v. Cayetano Supreme Court case, in which the Court found unconstitutional a race-based qualification for the vote for Office of Hawaiian Affairs trustees. Disputes over a Thirty Meter Telescope on Mauna Kea, Hawaiians’ most sacred volcano, also caused significant coverage, especially in 2019, when there were 15 articles on the topic. In addition, 2018 saw 15 articles mentioning Brett Kavanaugh as he was being considered for the Supreme Court. Kavanaugh penned a Wall Street Journal op-ed in 1999 related to Rice v. Cayetano, in which he called the Hawaiian voting system a “racial spoils system,” and wrote an amicus brief for a right-leaning think tank regarding the case, both of which came to light in articles mentioning Kavanaugh and Hawaiians in 2018.

However, this is not to say that the media treats Native Hawaiian issues with uniform gravitas. Approximately 47% of articles touch on food, culture, or festivals—topics that risk perpetuating stereotypes, all the more so because these articles are often lighthearted food profiles or treatments of cultural exhibitions. This “pro-tourist” or “exotic” stereotype is exemplified by food-related articles that illustrate outsiders’ perspectives of what Hawaii has to offer. A 2003 article on preparing an “urban luau” in New York City, is nostalgic for the “swaying palms and shoelessness of the islands,” as “summer in the city is no Waikiki.” A 2012 article on Barack Obama’s history mentions a popular carnival held at his alma mater, featuring “a two-day extravaganza of exotic foods.”

These stories confirm the image of Hawaiians as a people excited to welcome tourists, as opposed to a more complex image of the people often marginalized by the tourist economy. Even as a 2000 article noting that Honolulu is “far too heavily dependent on tourism” opens with the sentence: “the mythic Honolulu of grass skirts and towering palms has been familiar to Americans for generations.” This reinforces the laid-back and exotic stereotype so common in popular culture and entertainment, even as the article seeks to work against it. With so few articles mentioning Native Hawaiians over the more than three-decade period of this study, any that serve to exotify Native Hawaiians affect how readers will learn about, view, and treat the group.

Research has shown that when the public has a limited understanding of Native Americans, it is less likely to support calls for rights and social justice for this group. The recurring presence of the tourist-centric stereotype of Native Hawaiians thus likely impacts this group in the same way. While media representation is not the root of Native Hawaiian exotification or othering, it reinforces these images and thus risks undermining American public recognition of and support for justice and resources.